Perspectives on Ukraine and Russia 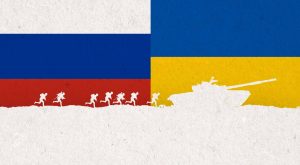 There are a lot of factors behind the war in Ukraine that make understanding the situation rather complicated. Join us virtually via Zoom as we welcome members of the United Nations Association of Connecticut to present a panel discussion on the historical scholarship, personal engagement, and the current situation in Ukraine. Panel members include, Dr. Sergei Kambalov, a retired director of the United Nations, Alex Kuzma, a Ukrainian Attorney and Educator, Hamish Lutris, a historian and college professor and Dr. Joseph Baxer, President of the United Nations Association of Connecticut and moderator of this discussion. This panel will explore this historical moment including the unintended consequences of this war and its media coverage. Questions will be welcomed in advance and during the program.

Dr. Sergei Kambalov retired from the United Nations on December 31, 2010. His last position was the Executive Coordinator of the United Nations Global Alliance for Information and Communication Technologies and Development. Sergei joined the United Nations in 1989 as a member of the author team of the World Economic and Social Survey. In 1997-2009 he worked in the Office of ECOSOC Support and Coordination of the Department of Economic and Social Affairs where in 2005-2009 he was Chief of ECOSOC and Inter-organizational Cooperation Branch. Prior to joining the UN in 1989, he was a First Secretary in the Ministry of Foreign Affairs of the USSR, and before that he worked in academic research on international economic relations in the Institute of the USA and Canada Studies (1973-1977) and the Diplomatic Academy (1977-1987). He has several academic publications, including a book on economic sanctions as a tool of foreign policy. Born in Riga, he grew up in Novosibirsk. He has graduated magna cum laude from the Department of Economics of the Moscow State University and has a PhD in International Economics from the Diplomatic Academy, Moscow. Sergei is a patented inventor. He and his wife Elena live in Middlebury, Connecticut. They have four children and nine grandchildren.

Alexander Kuzma is the Chief Development Officer for the Ukrainian Catholic Education Foundation (UCEF). A lawyer by training, for 15 years, he served as Development Director for the Children of Chernobyl Relief Fund, an organization that provided millions of dollars in medical equipment, hospital supplies and training for hospitals in Ukraine. Since 2010 he has worked to raise funds for students scholarships, endowments and new programs at the Ukrainian Catholic University. UCU is the only Catholic university in the former Soviet Union.

Beyond his professional career, Alex is a choral director and cantor at St. Michael’s Ukrainian Catholic Church in Hartford, Connecticut. When he is not on the road with UCEF he serves as the music director of the Yevshan Ukrainian Vocal Ensemble based in Connecticut.

Hamish Lutris is an Associate Professor of History, Political Science, and Geography at Capital Community College in Hartford, Connecticut. He has worked in some of America’s premier natural and historical sites, leading hiking and historical programs. He has also lectured extensively in the United States, Europe, and Canada, presenting programs on wide-ranging historical topics, including Native American history, the Civil War, Scientific, Social and cultural history, World Wars I and II, and the American West.

Dr. Joseph Baxer is President of the United Nations Association of Connecticut. He represented the London based NGO, Strategies for Peace at the United Nations, served on the UNA-USA National Council and World Federation of United Nations Associations. He initiated the establishment of three permanent UNA scholarships in Connecticut to encourage and support high school students interested in promoting world peace through diplomatic service. Prior to his engagement with the UNA, Joseph was engaged in the work of sustaining cultural diversity and mediating cross-cultural conflicts for forty years in religious and academic institutions, teaching, counseling, and administration, including Emory University, Hartford Seminary and the University of St Joseph. He pioneered the establishment of three NGOs in Connecticut, Family Life Education, in response to teen pregnancy; Imma Care, eliminate homelessness; and Youth United for Survival, teen support. With Doctorates in Theology and Psychology, he has led cross-cultural retreats and workshops worldwide, drawing on extensive travels and immersion experiences in Mexico, Argentina, Myanmar, India, Turkey, China, the Middle East and Europe. A recent publication: An Intercultural Life, is available in English and French. He is an ordained priest within the American Catholic Church. An ardent gardener with culinary aspirations, he resides with his wife Barbara in Kent, Connecticut.