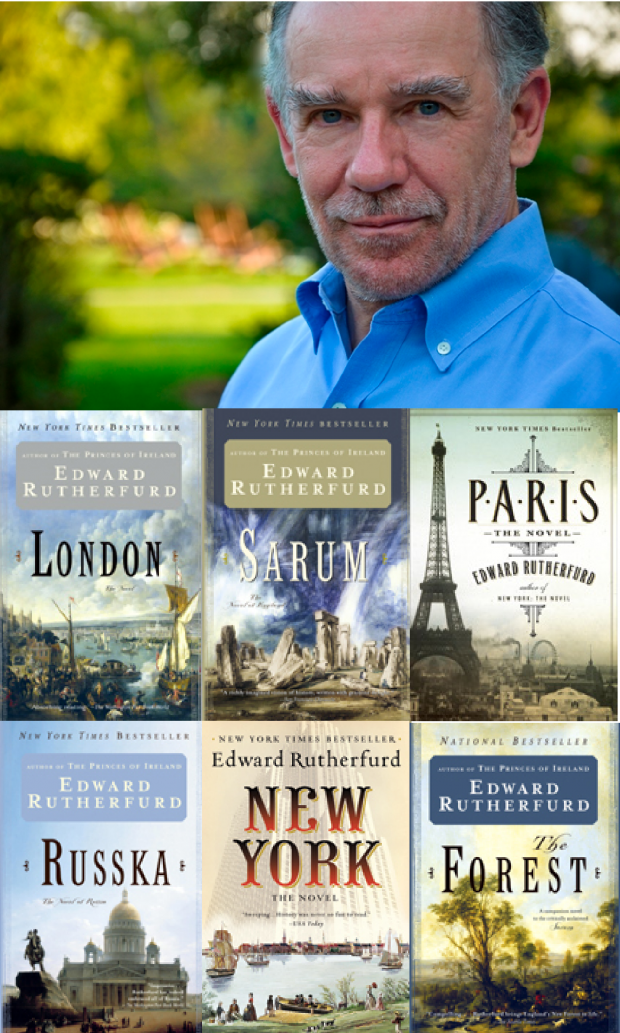 The Minor Memorial Library is honored to welcome best-selling writer Edward Rutherfurd for an engaging afternoon of history and literature. This event will be held on the library lawn, or in the Community Studio in the case of rain, and followed by a reception. Bring a chair or blanket to sit on.

Edward Rutherfurd is the New York Times bestselling novelist of several epic novels including SARUM, a historical novel with a ten-thousand year story, set in the area around the ancient monument of Stonehenge, and Salisbury; RUSSKA, a novel of Russia; LONDON; THE FOREST, set in England’s New Forest which lies close by Sarum; two novels which cover the story of Ireland from the time just before Saint Patrick to the twentieth century; NEW YORK; and CHINA, published in 2021.

His books have been translated into twenty languages.

Over the last thirty years, Edward has divided his time between Europe and New York. He has lived on the city’s East Side, the west side, in Westchester and Connecticut.

Tickets are not available as this event has passed.