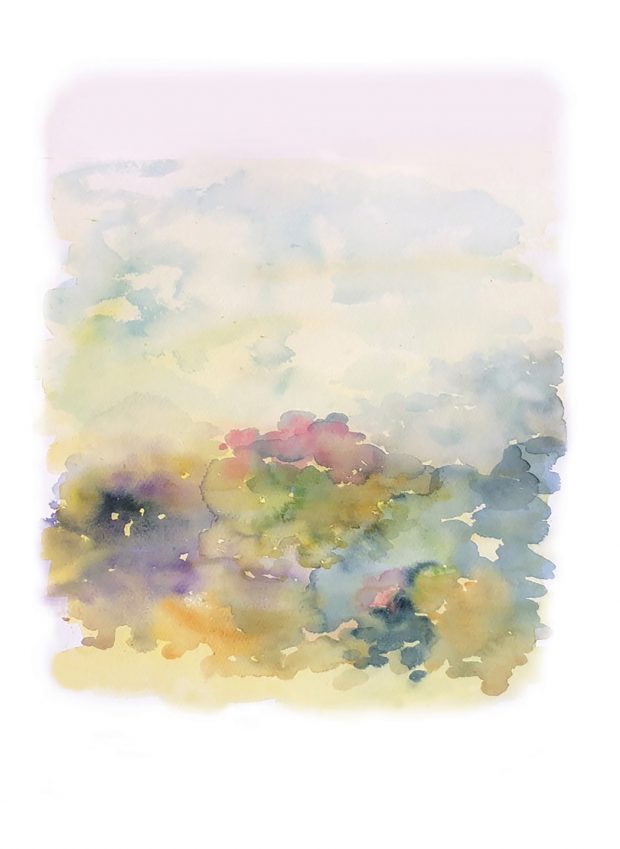 Dr. Jaffe, a neuroscientist/psychoanalyst practicing in Washington Depot, has shown her work in several venues throughout Connecticut and New York.

For her paintings, she has drawn on her experiences in her native Argentina and on her visits to France, Israel, England and elsewhere.  Although she was accustomed to working in watercolor, several years ago in California, Dr. Jaffe pursued a “never-ending experiment” in which she used red wine, alone and in combination with pigment, to produce pieces that have been called “vibrant expressions of mood and imagination.”  These works are titled “In Vino Veritas” and are evocative of plains, sky and sea.  They, along with Dr. Jaffe’s watercolors, will be on exhibit as part of her show “Seeking Serenity: A Tribute to Healing and Change.”

At this time, there no reception scheduled. The exhibit will be open during regular library hours.